OCCASIONALLY I crave all things deep fried. If state fairs have taught me anything it’s this: If you can eat it, you can fry it. As I grew up outside of the US I wasn’t sure what to expect at the Puyallup State Fair here in Washington but after 3 elephant ears, a deep fried Twinkie, and bacon wrapped batter-fried Oreos I felt, for the first time, like a true American. 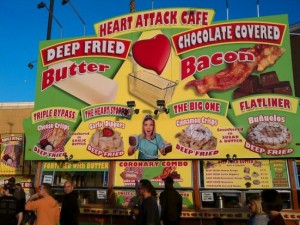 I’m not sure if this is heaven or hell

My all time favorite fried food USED to be fried shrimp.

Once upon a time I loved shrimp but ever since my first trimester of pregnancy, shrimp has kind of lost its appeal. (Shrimp going in is sooooo much better than shrimp being forcefully projected out.) This is sad because the mister LOVES him some shrimp so when he picked up a gargantuan bag of it from Sam’s Club the other day I figured it was his way of letting me know just what he was in the mood for. 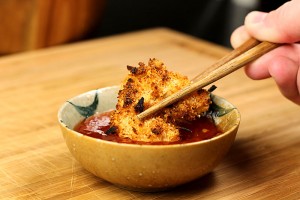 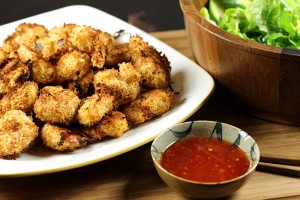 So there’s a lot you can do with shrimp as expressed by Pvt.  Benjamin “Bubba” Buford, “You can barbecue it, boil it, broil it, bake it, saute it. There’s shrimp-kabobs, shrimp creole, shrimp gumbo. Pan fried, deep fried, stir-fried. There’s pineapple shrimp, lemon shrimp, coconut shrimp, pepper shrimp, shrimp soup, shrimp stew, shrimp salad, shrimp and potatoes, shrimp burger, shrimp sandwich.” The most enticing of these shrimp variations was the coconut shrimp. I wanted something crispy and a little sweet that could pair with the gigantic bottle of Mae Ploy Sweet Chili Sauce I just received from my parents, but I didn’t want to stand over a deep fryer in the record breaking 90 degree weather Seattle is experiencing. Instead I opted for 10 minutes with a hot oven and it worked out great! 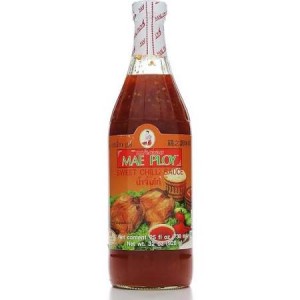 nectar of the gods

Salt and Pepper to taste

2. Pat shrimp dry and set aside

3. If using prepared breadcrumbs or panko breading, simply season to desired liking and mix in the coconut. I used frozen hot dog buns (about 5) and gave them a few quick pulses in my blender. I liked the finer consistency of the bread crumbs I made to Panko breading as I found that they adhere to the shrimp a little better.

5. Place coated shrimp on prepared cookie sheet leaving about 1/2 inch between each shrimp.

6. Bake for approximately 10 minutes or until golden brown, flipping shrimp around halfway through.

7. Serve with slice of lemon or Mae Ploy Sweet Chili Sauce (can be found in international section of most grocery stores) 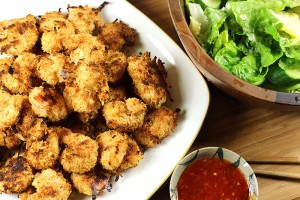